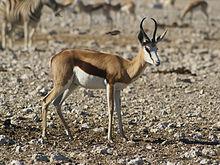 Springbok are medium-sized antelope that live in south and southwestern Africa. Their coloring consists of three colors, white, reddish/tan and dark brown. Their backs are tan colored and they are white beneath, with a dark brown stripe extending along each side from the shoulder to inside the thigh. Springbok inhabit dry inland areas including grasslands, shrublands and deserts. They are prevalent in game parks and commonly are raised on game farms. Springbok meat is highly prized and a large export item. 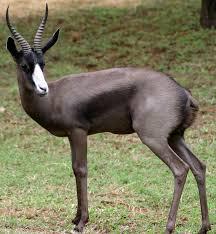 Kulu is pleased to introduce handbags made with natural black springbok hides.
These very limited edition bags are made with springbok that is naturally 'black' and not dyed. These black springbok occur naturally, but are an anomaly, similar to albino animals. In the past, these hides were set aside as they were not standard colors and considered unusable. We recognize the unique beauty of these 'morph' species and have been able to source some of these hides to bring you some lovely bags that will not last long. 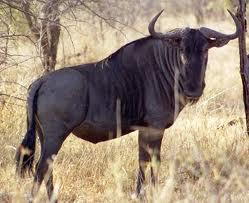 Wildebeest, also known and gnu, have two species of – black and blue. They tend to be a dark grey colored with stripes, but may have a shiny blue color. These hooved mammals live in grasslands and open woodlands in eastern and southern Africa. Wildebeest are common in game parks and often found on game farms. Wildebeest meat is often used to make biltong, which is a dried meat similar to jerky. 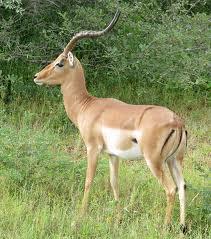 Impala are antelope that are normally reddish-brown in color with lighter flanks and a white underbelly. They inhabit savannahs and subtropical woodlands in eastern and southern Africa. They are common in game parks and game farms. Although impala meat is not as common as springbok, it is also highly valued. Impala are one of the most abundant antelopes in Africa. 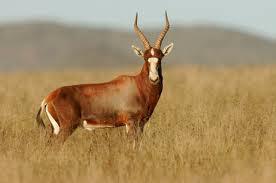 Blesbok are antelope that live in southern Africa. Their coats usually vary from a light to dark brown with a dark-yellow rear and white underbelly and lower legs. They inhabit grasslands that have water access. Blesbok mostly exist on game farms and in wildlife refuges. They are commercially ranched for meat. 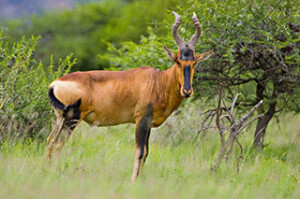 The Hartebeest is a grassland antelope found in West Africa, East Africa and Southern Africa. Male Hartebeest are a dark brown color while females are yellow brown. Both sexes have horns which can reach lengths up to 27 in. Hartebeest live in grassland and open forest where they eat grass. The word Hartebeest comes from Afrikaans and was originally called Hertebeest. The name was given by the Boers who thought it resembled deer (hert in Dutch, the Dutch beest means 'beast' in English). Hartebeest meat is similar to venison and is commonly used to make ‘biltong’ (similar to jerky). 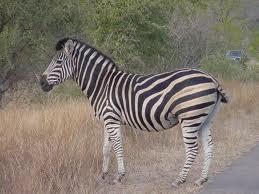 Burchell’s Zebra, also known as the Plains Zebra, is universally recognized by its black and white stripes and similarity to horses. The range of Burchell’s zebras stops short of the Sahara from southern Sudan and southern Ethiopia extending south along eastern Africa, as far as Zambia, Mozambique, and Malawi, before spreading into most southern African countries. Although zebra meat is eaten, most zebras live in game parks that carefully manage populations. Burchell’s zebra populations are stable and thriving and are not to be confused with Hartmann’s zebras which are endangered. 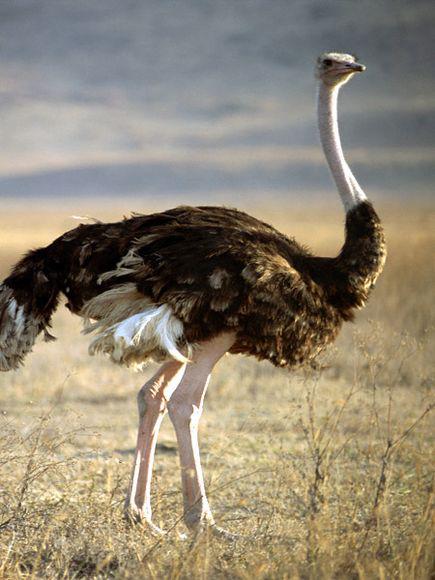 The flightless ostrich is the world's largest bird. They roam African savanna and desert lands and get most of their water from the plants they eat. They are farmed around the world, particularly for their feathers, which are decorative and are also used as feather dusters. Its skin is used for leather products and its meat is marketed commercially. 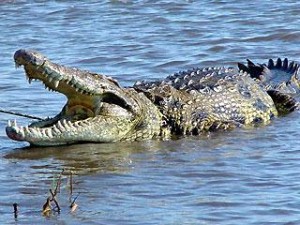 The Nile crocodile or Common crocodile is an African Crocodile which is common in many countries on that continent. Nile crocodiles have a dark bronze coloration above, with black spots on the back and a dirty purple on the belly. The flanks, which are yellowish green in color, have dark patches arranged in oblique stripes. There is some variation relative to environment; specimens from swift flowing waters tend to be lighter in color than those dwelling in lakes or swamps. They have green eyes. While there are no solid numbers, the Nile crocodile probably kills a couple of hundred people a year, which is more than all the other crocodiles combined. Some estimates put the number of annual victims in the thousands. The Nile crocodile is widely distributed, with strong, documented populations in many countries in east and southern Africa, including Somalia, Ethiopia, Kenya, Zambia and Zimbabwe. Successful sustainable-yield programs focused on ranching crocodiles for their skins have been successfully implemented in this area, and even countries with quotas are moving toward ranching. Government regulations require farms to release ten percent of their crocs into the wild. The farms helping increase the wild population coupled with the fact that the survival rate for crocs born in the wild is only two percent has led to sustained and/or growing wild crocodile populations. 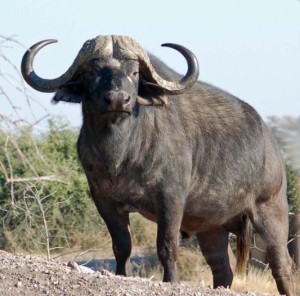 African buffalo range in color from dark brown or black (in savannah-living races to bright red (forest buffalo). The body is heavy-set, with stocky legs, a large head, and short neck. Both males and females have horns. The horns of males are larger than females, and in males the bases of the horns expand into a fused base known as a 'boss'. African buffalo are found in a variety of habitats including open savannah, woodlands, and rainforest. They are one of the "Big Five" which also includes elephant, rhinoceros, lion and leopard. The term Big Five Game was coined by big-game hunters and refers to the five most difficult animals in Africa to hunt on foot. Buffalo are reported to kill more hunters in Africa than any other animal. They are known to ambush hunters that have wounded or injured them. The adage an elephant never forgets would be matched by a buffalo never forgives. They have been known to attack people that have harmed them even years after the event. 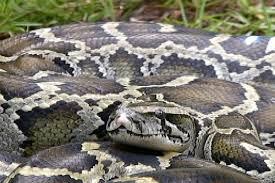 The Burmese python is one of the five largest snakes in the world, native to a large variation of tropic and sub-tropic areas of Southern and Southeast Asia. Our snake leather is obtained from a farm where we source our python from that is based in Thailand. It is currently the only farm in Thailand which is Cites approved and holds Cites permits. Due to the fact that the farm is Cites approved; they are constantly controlled and monitored by the organization. The farm operates under Cites documents of Appendix II (C) (meaning captive bred from a farm source); this certifies that the farm breeds the pythons internally and does not capture from the wild (as is not the case with most other python ‘farms’).