Supporting Conservation in Southern Africa. With the purchase of a Kulu handbag, you are directly supporting conservation efforts in southern Africa to maintain more than 40,000 square miles in over 200 separate National, Provincial and private game reserves. 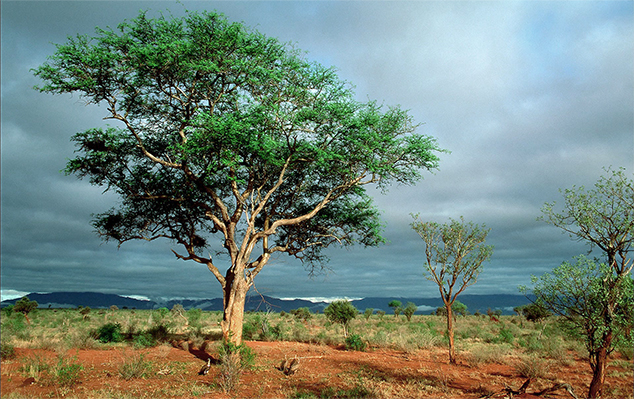 More than 300 different species of mammals, 500 different bird and 120 reptile species reside within the safety of these parks. Living along side these abundant species are two dozen “critically endangered” and “endangered” species that are likewise protected by the thousands of professional game rangers and degreed wildlife managers who operate and manage the reserves.

To comprehend the size and extent of the conservation effort required, an example is the Greater Limpopo Transfrontier Park. It alone is almost four times the size of Yellowstone with almost four times the number of mammal and reptilian species within its boundaries and encompasses parts of South Africa, Zimbabwe and Mozambique.Their species include large predators and dangerous animals.

The vast majority of these other game reserves however do not have large predators due to costs and complexities. This presents another problem, that of overpopulation. Without these predators the deer, antelope and gazelle species proliferate. Additionally, there isn’t a hunting season in southern Africa’s game reserves as they are open to the public daily. Thus, conservation in game management requires scientific models for each species which have been developed by wildlife personnel working with the Universities and world wildlife organizations to determine sustainable populations of each given their interactions with other species.

The first method to control overpopulation is to capture animals and sell or trade them to other reserves, zoos or private individuals. However, this demand is rarely enough and thus “culling” or thinning of the herds is required. When this occurs, the meat (a delicacy for many) and the hides are sold on the open market by the parks and the revenue received can be a significant amount of their income for the year. This revenue helps pay the operational costs in these game reserves.

Dr. Ian Player (golf’s Gary Player’s brother) spearheaded “Operation Rhino” in the mid 1950’s when he was the Warden of the Umfolozi Game Reserve in South Africa. That project spread the then 435 white rhinos left in southern Africa to these other game reserves to prevent over population and this lead to the large quantities we enjoy today. In contrast, the western black rhino was just declared extinct late last year due to the lack of financial resources to support conservation and anti-poaching efforts in that region of Africa. Let’s not let that happen again.

The case of the southern white rhino is only one of the countless efforts by countless people in southern Africa to save their heritage and you can be a part by supporting these efforts with your purchase.